Conventional deluge systems have been proven to combat transformer fires effectively. On the other hand, they consume comparatively large quantities of extinguishing water and therefore require a correspondingly complex and extensive dimensioning of the system. In addition, discharged water may be contaminated by leaking transformer oil and would need to be collected for later processing. Minimax has risen to this challenge and developed an appropriate solution: TraFoProtect

The advantages at a glance: 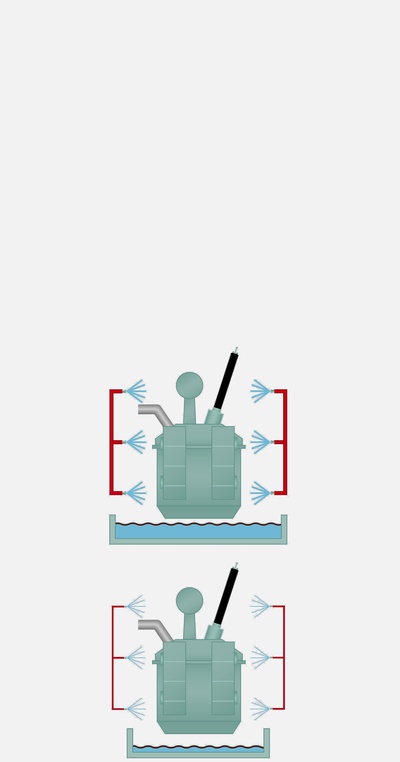 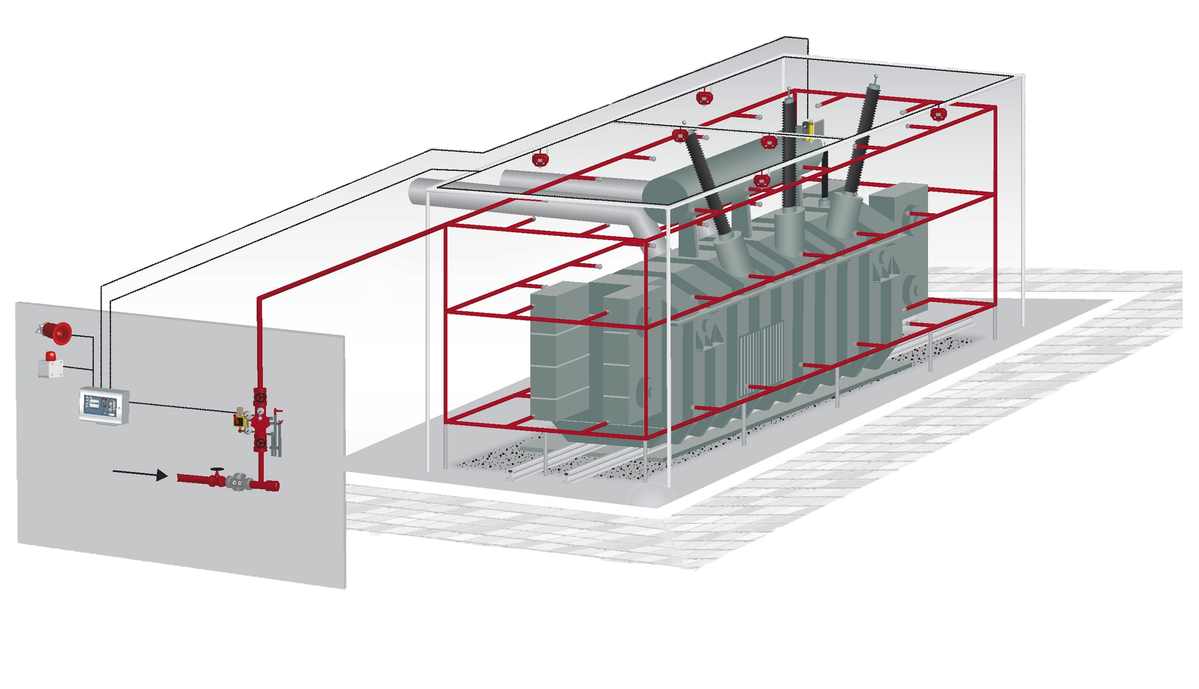 In structure and function TraFoProtect is similar to a classical deluge system. The system consists of the extinguishing zone, the water supply and the fire detection and extinguishing control system.

Water supply: TraFoProtect offers many different options to keep the cost of the water supply low. Due to the low consumption of water resulting from the use of the TraFoProtect system, the installation can be fed in many cases directly from a local service water network. Alternatively, TraFoProtect can often use the already existing water supply of a conventional sprinkler or hydrant system or can be connected to the public drinking water system subject to appropriate safety devices. If these options are not available, the TraFoProtect is fed by means of a storage tank with automatic water make-up and a pump system, structured similarly to a conventional deluge system, however in a smaller dimension due to the reduced water consumption. Additional safety is provided by the fire brigade supply, which allows for the supply of extinguishing water even in the event of a power failure at the pumps of the main water supply.

Fire detection and control technology: The TraFoProtect activates the extinguishing system by means of tried and tested Minimax fire detection and extinguishing control technology. This ensures optimal compatibility of electrical and mechanical system components. This prevents unnecessary coordination efforts and interface problems between various trades. Fire detection is usually done by means of UniVario flame and heat detectors that emit a signal to the FMZ 5000 fire detection and extinguishing control panel in the event of a fire. The panel then activates the deluge valve. At the same time audible and visual alarms are triggered and forwarded to a permanently manned station to alarm, for example, the fire brigade. In general, oil-cooled transformers are equipped with a Buchholz relay. This device detects the formation of gas in the oil chamber of the transformer in the event of overheating and then initiates the shut-down of the transformer. The Buchholz relay can also be connected to the FMZ 5000 to ensure that the TraFoProtect is triggered as early as possible. 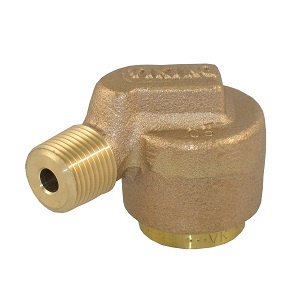 Type A TraFoProtect nozzles are the most commonly used extinguishing nozzles in TraFoProtect systems. They generate an even, full-cone spray pattern. Using different nozzle inserts, 90° or 120° spray angles can be realised and the extinguishing water throughput can be varied per nozzle, to ensure optimal adjustment to the geometry of the transformer requiring protection. 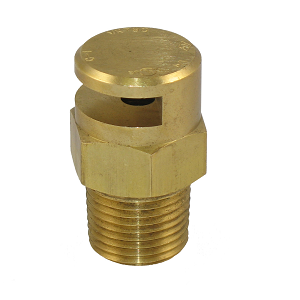 Type C TraFoProtect nozzles can be installed optionally in TraFoProtect systems in the level floor area under the transformer to specifically burning puddles in the floor pan. The fan-shaped spray pattern with a spray angle of 180° is typical for this type of nozzle.

Power transformers are indispensable components of the electrical power supply system. They convert alternating voltage at different voltage levels and are used in power generation, transmission or distribution in power plants, industrial plants and substations. Large amounts of heat are generated during operation; for this reason, power transformers are usually designed as oil-cooled transformers and located outdoors. 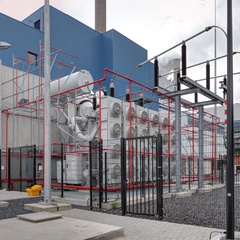 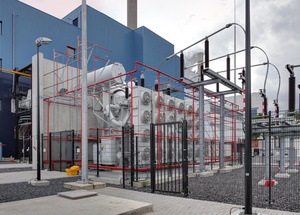 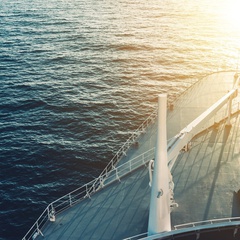 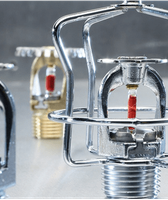 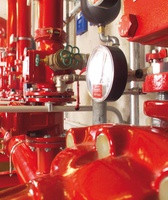