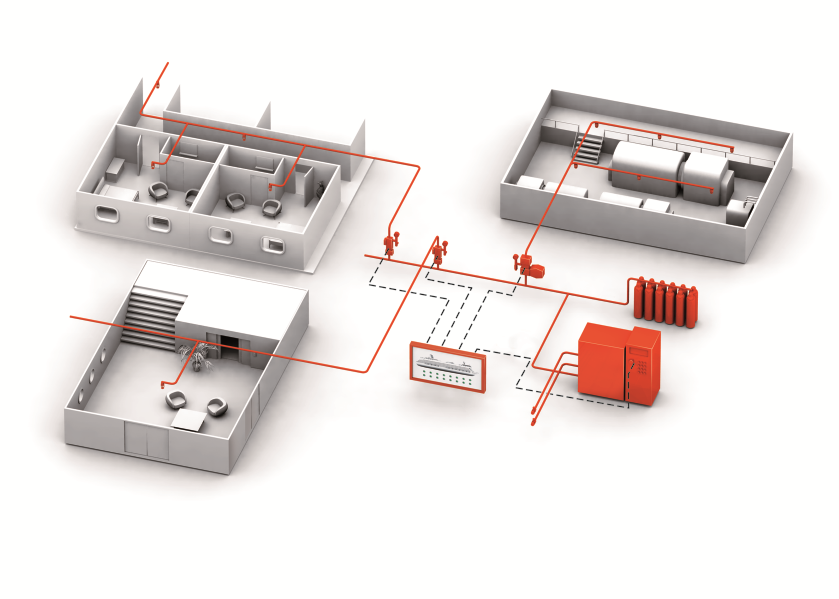 The extinguishing water for the Minifog marine XP system is held in a tank which is automatically fed from the ship’s own freshwater system. The system can also be supplied with filtered seawater from the ship’s separate hydrant system (fire main), as well as via a shore connection in line with international standards and SOLAS regulations. In standby mode, the pipes are filled with water and pressurized via a jockey pump. In the event of fire, the operating pressure builds in the high-pressure sprinkler pumps, which are integrated in a compact, pre-assembled water supply unit. 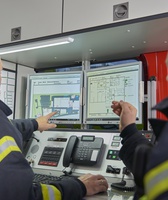